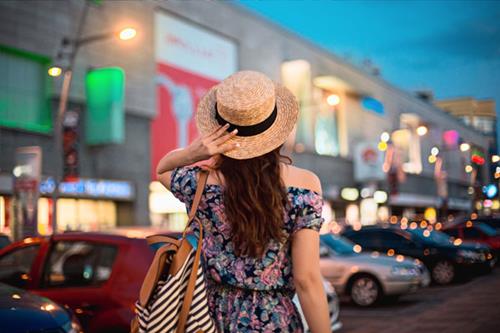 Canada’s malls are facing a wave of skipped rents and could see vacancy rates triple by year-end, with the coronavirus poised to leave its scars on a fragile retail sector long after the pandemic ends.

In the country’s enclosed regional malls -- a category that includes Toronto’s Eaton Centre and Pacific Centre in Vancouver -- only 20 per cent to 25 per cent of tenants paid rent in April, according to brokerage firm JLL Canada. Big box shopping centers and community strip malls took in only a little over half their expected rent.

“I’ve been in this business over 30 years and I have never seen anything as catastrophic or as impactful in a negative way in our business,” Tim Sanderson, who heads retail at JLL Canada, said in an interview. “It’s the mid-tier smaller-scale landlord that cannot make their mortgage payments to their lender that are going to be in trouble.”

Malls and main-street shops, bastions of community commerce, were already under pressure after two years of weak retail sales, rising property taxes and the shift to e-commerce.
Nationwide shutdowns of all but essential stores during the pandemic have added further strain, with landlords facing lost rental income and tenant closures.

Longer term, fear of new outbreaks may only accelerate the shift online -- even for movies and restaurants, which had been touted as potential buffers for malls.

JLL Canada, which uses third-party data to monitor the market, sees the retail commercial vacancy rate rising into the 6 per cent to 8 per cent range in Canada by the end of the year. That’s up from 2.3 per cent at the beginning of this year -- a level Sanderson describes as “very tight”.

“Many retailers are in trouble,” Roelof van Dijk, director of Canadian market analytics at CoStar Group Inc., a real estate research firm. “I think when we get to the other side of this, there’s a real reckoning to be had.”

Much will depend on how long the isolation period lasts and the effectiveness of federal government relief programs.

Prime Minister Justin Trudeau unveiled a government program on Friday that aims to reduce rents for the country’s small businesses by 75 per cent. Commercial property owners will be eligible for loans to cover 50 per cent of the rent over three months beginning in April.

The property owner is expected to kick in 25 per cent of the rent, and the tenant the other 25 per cent. The loans will be forgiven if the landlord agrees to lower rent by at least 75 per cent and agrees to not evict a tenant while the program is in place.

REITS including Choice Properties and Crombie have already offered rent deferrals to troubled tenants. RioCan, one of the country’s largest retail landlords, agreed to about $15 million (US$10.1 million) of deferrals for April, or about 17 per cent of total gross rents.

RioCan received two-thirds of its gross rents for April, while First Capital REIT and SmartCentres REIT each collected about 70 per cent and H&R REIT got 56 per cent of its rents from retail tenants, according to company disclosures.

The cloudy outlook has contributed to a 26 per cent plunge in the S&P/TSX Capped REIT Index this year, lagging the 15 per cent decline of Canada’s benchmark S&P/TSX Composite Index.
Big mall landlords, like pension funds and REITs, are better able to weather the downturn with rent deferrals and can woo shoppers back with retail experiences that can’t be found online, according to van Dijk. Smaller property owners may not even have tenants to reopen storefronts when this ends, he said.

“To be very blunt, some of these smaller tenants will probably not survive -- I would guess that some of the ones that won’t survive maybe weren’t in such good shape when this started,” he said in an April 21 interview. “Where we think the tenant should be able to survive, we’re certainly open to discussing further help.”

Still he’s optimistic the vast majority of the retail industry will be fine.

“Once people feel safe and comfortable -- and that may be a full year before we’re 100 per cent back to normal, maybe longer -- I think people will go back to their basic habits,” Sonshine said.